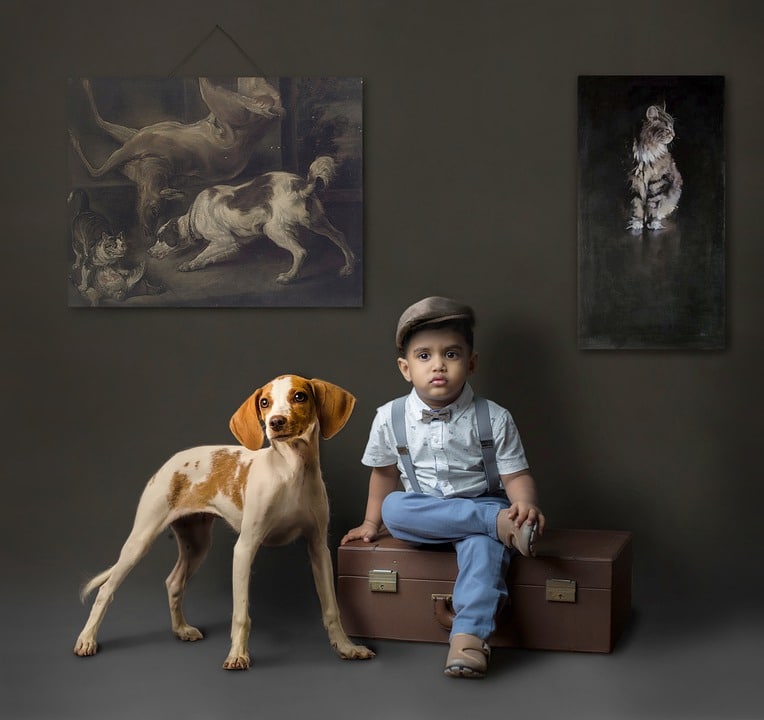 It’s time to switch over to the dark side—at least in your home decor.

Yep, that’s right. When it comes to today’s hot trends in interior design, black is the new black. From bold accent walls to chic black-and-white living spaces to onyx kitchen cabinets, designers are increasingly turning to the darkest shade on the spectrum to create a dramatic statement.

Sure, using black can be a little intimidating. But just like a little black dress, it goes with everything.

“Black is a great choice for interiors because it never goes out of style, it goes with every other color, and it conveys a feeling of luxury,” says Val Malnar, principal designer at Orangetree Interiors.

Plus, black works seamlessly with most styles, no matter if your home is Hollywood glamour, Mid-Century Modern, or even industrial (farmhouse chic, anyone?).

Ready to go dark? We asked some top designers to show us the way.

So your kitchen or bathroom needs a style upgrade, but you don’t want to spend a boatload of cash on a major renovation. What’s a homeowner to do?

“It can be very grounding and the hardware can shine against it—be it brass, polished nickel, or even satin nickel,” she says. “It becomes a very different architectural element, and it’s also gender-neutral.”

2. On an accent wall

If you’re feeling brave, a black accent wall can hit all the right notes, says TC Chou, founding partner at Design Determination in New York City. In your bedroom, living room, or dining space, a brush of black can offer a classic look without feeling overwhelming.

“It gives the sense of a cozy, warm space, and is a great backdrop for artwork and statement furniture pieces to pop,” Chou says. “And it’s a less common wall color, so it gives the room a sense of uniqueness.”

If using black in a high-traffic area such as the living room or kitchen is a little too bold for your tastes, consider it in a hallway instead. You can go all-in and slather everything in black or pair it with other dark tones.

In a recent home project with a long vestibule, Spence painted all the doors a semigloss black (with brushed-nickel knobs), and kept the walls and trims a platinum gray.

“The result was quietly impactful and made space more of a destination rather than an eyesore,” Spence says.

In the past, Spence also painted a hallway ceiling black for extra flair.

“It literally made the ceiling disappear, and the light fixture and wall covering became the focal points,” she says.

Speaking of a dramatic ceiling, don’t limit it to the hallway.

“A black ceiling can help emphasize architectural features in the room such as moldings,” Chou says.

It can also make kitchen fixtures pop and help define an area in an open floor plan, he notes. Plus, if you think about it, black is known in fashion for its ability to cover up any flaws—and the same goes for the home.